A League Of Their Own

My but it seems like Dwayne Johnson is busy with a lot of animation projects lately! Now the latest we’ve heard about is the DC League of Super-Pets feature film. DC just released a new teaser trailer, and there’s an article up on Collider: “The cast of animated family film DC League of Super-Pets just got a serious injection of star power with the announcement that Kevin Hart, Keanu Reeves, John Krasinski, Vanessa Bayer, Kate McKinnon, Natasha Lyonne, and Diego Luna have all boarded the ensemble via a fun teaser video starring Krypto the Super Dog in all his animated glory.” The latter voiced by Mr. Johnson, of course. The film will be un-leashed in 2022 — by Warner Brothers, naturally! 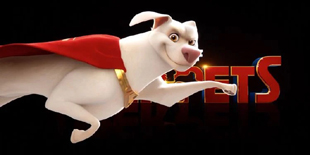