On to a Larger Universe

A couple years ago we told you about Star Beasts, an independent comic series written by Stephanie Young and illustrated by Allyson Lassiter. Well now Oni Press have picked up the series and compiled it together into a new softcover graphic novel. “Bandit is a pup on Earth who leaves his family to join the secret order of the Star Beasts – cosmic creatures sworn to protect Earth and spread goodness throughout the universe. Only thing is, he’s having trouble fitting in. But when powerful relics are suddenly stolen, the Star Beasts must band together to find the deadly galactic fossils before Pluto’s evil emperor, Khaos Krill – he wants to build the Novataur, an ancient monster that could wipe out all of Earth’s species!” Look for it on shelves later this month. 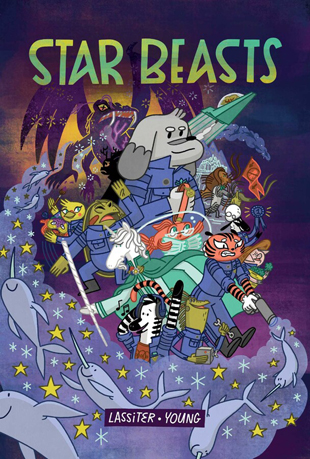