The Tale of the Outcasts is a new black & white manga series written and illustrated by Makoto Hoshino. The publishers describe it like this: “An engrossing new fantasy manga series in which a downtrodden orphan girl develops an unexpected friendship with a beastly immortal… This is the story of Wisteria, an orphaned girl lost in darkness, and Marbas, an immortal being who shares her loneliness. The unlikely companions met on a quiet, uneventful night, and they set off together in search of the light. What begins as a chance meeting on the edge of the late nineteenth-century British Empire soon becomes a full-fledged journey to find their place in the world.” The first two volumes are available now from Seven Seas Entertainment, with more on the way. 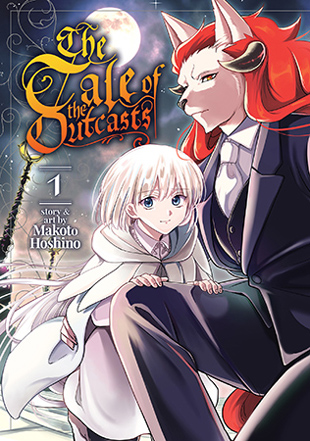