So here’s something new for young readers and adventure fans: Kitty Quest, written and illustrated by Phil Corbett. “Dog Man meets the Lord of the Rings in this laugh-out-loud graphic novel debut about two aspiring adventurers who face off against startling ghosts, rampaging monsters, and bumbling wizards… Woolfrik and Perigold are two down-on-their-luck kittens in need of some extra cash, so they’ve decided to become professional monster slayers. Except they don’t knKitow the first thing about it! So when a huge beast starts rampaging through town, they are put to the ultimate test. Fortunately, the duo accidentally awakens a ghost named Earl Mortimore, who is the last not-so-living member of an ancient guild of warriors, and he’s going to teach them everything he knows.” Kitty Quest is available now from Razorbill. 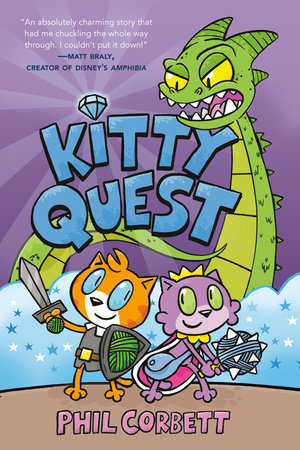