You Were Watching It For Them Anyway, Right?

When Avatar the Last Airbender and The Legend of Korra were all the rage in TV animation circles, furry fans of course zeroed in on all of the interesting and strange wildlife to be found in that fantasy universe. Well soon Dark Horse Comics will be publishing a new compendium of creatures called Beasts of the Four Nations. “Part of what everyone loves about the Four Nations is all the strange and wonderful (and sometimes scary!) creatures that inhabit them! From the Air Nomads’ flying bison, to Kyoshi Island’s elephant koi, to the Earth Kingdom’s singing groundhogs and the little purple pentapus, look to this hardcover collection for images and information on Avatar and Korra’s creatures large and small, including many from the spirit world!” Different sources give different release dates for it, from this coming December to next February. 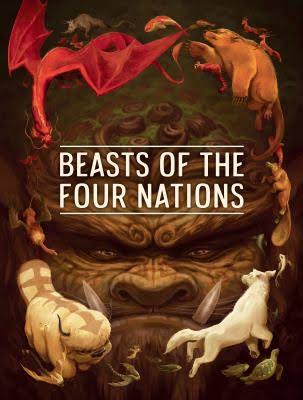