Here’s a graphic novel series we came across, for young readers and fans of the feathery folk. Arlo and Pips is written and illustrated by Elise Gravel. “Like most crows, Arlo has a big brain. But Arlo has something else: a little pal who’s not afraid to tell him when he’s being insufferable! In the first of three episodes, a battle of the brains and bird-to-bird banter soon turns into an unexpected friendship. Arlo and Pips’ adventures include a visit the big city and the beach on their hunt for shiny things and French fries. Cool crow facts are included throughout the book.” Check out this series from Harper Alley. 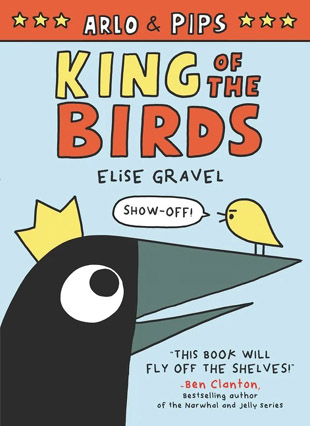