Go to the Rats. Again.

This one we found thanks to Facebook of all things. Gizmodo has an article about efforts at Fox to bring Robert C. O’Brien’s world of Mrs. Frisby and the Rats of NIMH to television — almost 40 years after Don Bluth and company gave us The Secret of NIMH as an animated film. Here’s what they say about the new project: “NIMH, which seems to be its working title, will be based on Robert O’Brien’s 1971 book Mrs. Frisby and the Rats of NIMH, and possibly its two sequels Rasco and the Rats of NIMH and R-T, Margaret, and the Rats of NIMH, written by O’Brien’s daughter Jane Leslie Conly after his death. According to Deadline, Fox — already home to animated series Bob’s Burgers, The Simpsons, Family Guy, and more — has already issued a script commitment for the series, but has yet to hire a writer.” They go on to note, “In 2019, the Russo brothers of MCU fame were reportedly going to executive-produce a live-action remake of Mrs. Frisby and the Rats of NIMH for MGM, which the studio had announced back in 2015. There’s no word on how this new adaptation may affect the former, but there’s also no guarantee Fox’s version will ever get made, either.” We hadn’t heard about that! It’s interesting that Gizmodo remembers Secret of NIMH as “terrifying” for children, whereas most cartoon fans from the time remember it fondly as a giant leap forward for animation, from a time when the industry was not looking all that great in America. 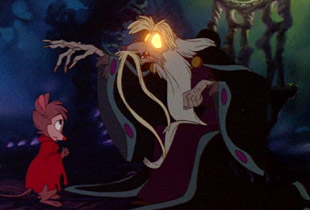