Just out now from Seven Seas Entertainment, The Ancient Magus’ Bride: Alchemist’s Blue (long title!) is a new black and white graphic novel from writers Kore Yamazaki and Makoto Sanda, illustrated by Isuo Tsukumo. We got this from Previews: “In Paris, an orphan boy named Blue is taken under the wing of the magus Gisele in this spin-off manga about the artistry of magic. For readers interested in a gender-swapped take on the original premise of The Ancient Magus’ Bride, this gorgeous manga is full of all-new wonder.” 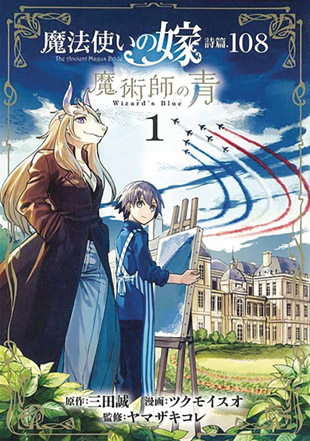