The Clever Cat and his Minions

Staying with cats for a while, once again we have something cool coming to Europe… and likely not coming to North America. This one we’ve mentioned before, and now we’ve got an update (with lots of pictures) thanks to Animation Magazine. “Sky (U.K.) released first-look character images and new teaser poster for The Amazing Maurice, a Sky Original arriving next year to mark the 20th Anniversary of the book by Sir Terry Pratchett… In The Amazing Maurice, Maurice is a streetwise ginger cat who comes up with a money-making scam by befriending a group of self-taught talking rats. When Maurice and the rodents reach the stricken town of Bad Blintz, they meet a bookworm called Malicia and their little con soon goes down the drain.” There’s quite an amazing cast of voice actors for this one, so look for it if you can when it arrives on Sky in 2022. 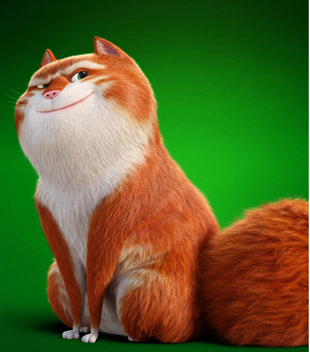