Not Actually A Cat At All

No, honestly, we’re not off on a feline kick! It just that a lot of the stuff we’re finding is… Like most any serious Marvel fan will tell you, a flerken is not a cat — even if they look very much like one. Well thanks to Nao Fuji, everyone’s favorite flerken has her own comic strip, Marvel Meow. “Join Captain Marvel’s pet, Chewie, as she wreaks havoc in the lives of Marvel’s most popular characters! Gain a new perspective on beloved favorites such as Spider-Man and Iron Man, formidable villains including Thanos and Galactus, and antiheroes like Deadpool, as they all become the playthings of this capricious ‘cat’ creature. Originally shared on Marvel’s official Instagram, these comic strips have been collected with all-new content into a gift book that will delight Marvel and cat enthusiasts alike!” Look (out) for it now from Viz Media. 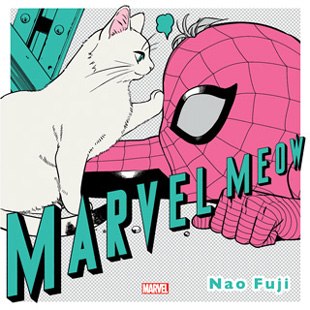