It was inevitable, most likely… The hugely popular Cartoon Network series We Bare Bears has been re-imagined as the new series We Baby Bears, coming in 2022. Turns out it’s actually been in development for a while now, according to the CN Wiki: “We Baby Bears is an upcoming spin-off series of We Bare Bears, which was confirmed for development by Cartoon Network on May 31, 2019. The series will focus on the baby bears and will explore fresh and fun stories with the show’s most beloved characters… Overloaded with the cuteness and humor that fans around the globe adore them for, the series tracks Baby Grizzly, Baby Panda, and Baby Ice Bear through a multitude of imaginative worlds, but this time via their magical box.” Check out the trailer on YouTube right now. 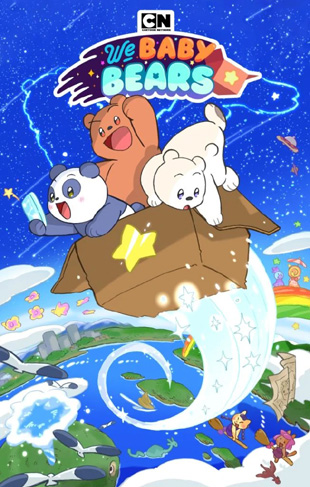