This Time It’s A Fox And Mouse

Doing some research on the Rottentomatoes site we stumbled across Even Mice Belong In Heaven, a new stop-motion animated film created as a co-production between several European countries. It’s directed by Jan Bubenicek and Denisa Grimmova. Here’s what the official web site says: “A film about two mortal enemies – a little mouse Whizzy and Whitebelly the fox, who after an unfortunate accident, meet in animal heaven. They lose their natural instincts and become best friends. Their wish to stay together after they return to earth comes true, but they are reborn into opposite roles. Thanks to the power of friendship they can even overcome what seems to be impossible.” Take a look at IMDB to find out more and check out the English language trailer. It’s supposed to be streaming widely soon, so maybe we’ll see it in North America. 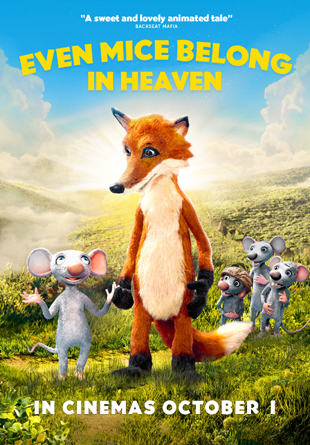