Furry things out of nowhere, the first part. We came across a trailer for The House, a new “dark comedy” that’s premiering early next year on Netflix. There’s a review at SlashFilm: “The House is an eccentric dark comedy about a house and the three surreal tales of the individuals who made it their home. An anthology directed by the leading voices in independent stop motion animation: Emma de Swaef and Marc Roels, Niki Lindroth von Bahr, and Paloma Baeza, and produced by Nexus Studios.” What that description doesn’t let on is that two of the tales are decidedly furry, featuring rodents and cats as the stars. Watch the trailer over at YouTube. And maybe watch The House with the lights on. 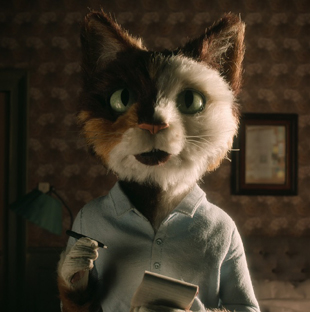