While we were exploring the LA Comic Con we met John J. Perez, a prolific comic book writer. Among his projects is a comic called Archon, illustrated by Monika Maccagni and Bobby Hernandez and published by Action Lab. “Gareth Thompson, a Vietnam veteran and single father, has just accepted a Security Job at the new fantasy-themed Hotel and Casino, The Archon. On his first day he discovers his co­-workers are not simply people in costumes but actual creatures of Myth and Legend hiding in plain sight.” More recently though, Mr. Perez has been running a Kickstarter campaign for his new comic series — Social Fiends, illustrated by Javier Martin Caba. “Forty years after the collapse of human civilization vampires and werewolves have crawled out of the shadows to reclaim the day. Fallout blocks out the the sun and sea level rise has made all coastal cities diseased swamps. Hell for humans. Paradise for fiends. In New York City, renamed ‘Neoropa’, an alliance of fiends have banded together to create a quasi Anarcho-Syndicalist commune. Unfortunately, power corrupts and the vampire elite have placed themselves at the top of the City State’s power structure – relegating werewolves to government serfs.” John’s official web site has information on these and other projects too. 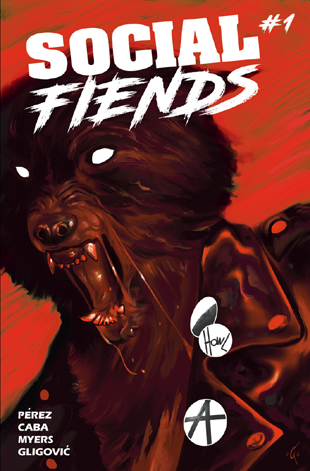