John Scalzi’s next science fiction novel The Kaiju Preservation Society hasn’t even been released yet — it comes out in March — but word is out that Fox Entertainment have already optioned the book for a possible TV series adaptation. What’s it about? After New York City is devastated by a COVID outbreak, a bored food delivery driver who’s looking for a change meets up with an old school acquaintance. Turns out that his friend has a very special job — visiting a parallel dimension where giant monsters live and thrive, and seeing to their needs. Soon both these folks find themselves fighting to preserve the delicate balance between the monster’s dimension and our own… while unscrupulous forces work to bring about the destruction of both worlds. 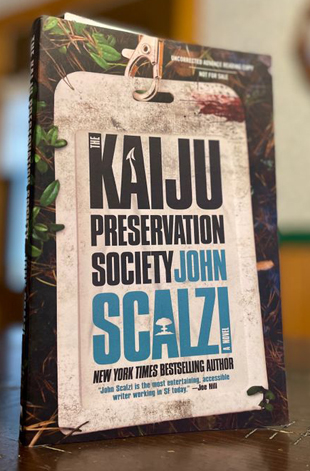