Oop and Ack on TV!

The last time we saw Berke Breathed’s iconic comic strip series animated was the 1991 TV holiday special, A Wish For Wings That Work. And then, just this week, we get a new press release: “FOX Entertainment has announced the adaptation and development of Pulitzer Prize-winning cartoonist, screenwriter, producer, and children’s book author Berkeley Breathed’s acclaimed comic strip Bloom County into an animated series… Bento Box will serve as the animation studio on the project.” The article at Animation World Network has a lot more details. No word on a planned release date yet, or whether this will be for broadcast TV or streaming, but we do know that an animated film adaptation of Mr. Breathed’s book HitPig is supposed to be out in theaters later this year. 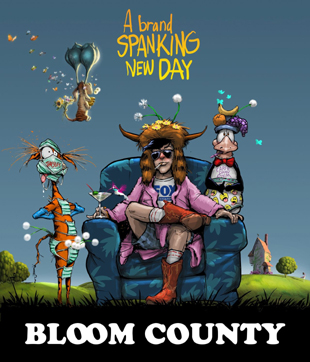