Breaking Up Is Hard To Do

Getting ahead of the curve with a new fantasy/horror/mystery novel coming later this year from writer Tim Susman: Unfinished Business. “Private Investigator Jae Kim doesn’t have a werewolf problem – at least not as long as he can keep clear of his ex-boyfriend Czoltan. But when a suspicious police report hits the streets of Wolftown, Jae suddenly finds himself hunted on the streets he used to freely roam. Dodging bullets from Wolftown vigilantes, he’s stuck hiding out with Czoltan while he and his were-bear ghost Sergei search out whoever set him up – and his life isn’t the only one at stake.” Look for it this July from Argyll. 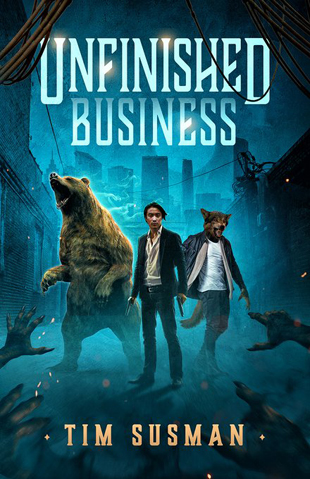