Recently visiting WonderCon we came across WereWoofs, a new YA graphic novel by screenwriter Joelle Sellner and illustrator Val Wise. “In the small Midwestern town of Howlett, navigating high school is tough enough. But when a group of friends are inexplicably turned into weredogs, adapting to their new powers proves to be even tougher. This leads to an unlikely friendship with loner Mara, a werewolf whose father has mysteriously vanished. As the high schoolers team up to solve the disappearance, friendships are tested, and secrets are revealed as the Werewoofs prove themselves in an explosive showdown against a dangerous wolfpack and their vicious alpha.” It’s available now from New Paradigm. Check out the review over at Cemetery Dance. 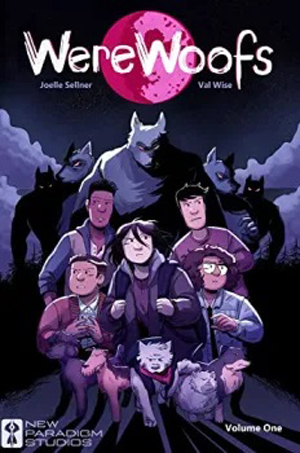