If you’ve been following In-Fur-Nation for a while, you must have heard of Blazing Samurai… We’ve been following the animated film in development for nearly a decade now! At one point production ceased because the animation house that was making it actually went out of business! In fact, the convoluted history of this film’s creation would make for an interesting movie all its own. But now, it seems like things have changed: We have a trailer, we have a release date… and we have a complete change of title. Say hello to Paws of Fury: The Legend of Hank. Still directed by Rob Minkoff (The Lion King), but now being released this July through Paramount Pictures and Nickelodeon Animation. 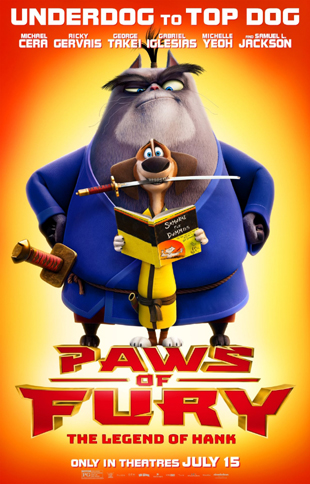