In His Young And Wild Days

Thanks to Animation World Network we’re learning more about the upcoming Ted TV series: “Peacock has announced the cast of Ted, Seth MacFarlane’s live-action comedy series based on his hit 2012 film of the same name and its 2015 sequel. In addition to serving as director, writer, co-showrunner, and executive producer, MacFarlane will reprise his role as the voice of the titular character — a foul-mouthed teddy bear who was first brought to life by a wish from his owner and best friend, John Bennett. In the films, John is played by Mark Wahlberg. In the new series, which serves as a prequel to the events of the first film, John appears a 16-year-old boy.” Here’s the official synopsis: “It’s 1993 and Ted the bear’s moment of fame has passed, leaving him living with his best friend, 16-year-old John Bennett, who lives in a working-class Boston home with his parents and cousin. Ted may not be the best influence on John, but when it comes right down to it, Ted’s willing to go out on a limb to help his friend and his family.” No word yet on a target release date for the show. 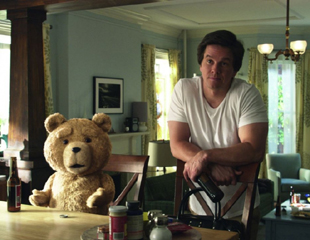