Look, there’s no way we can describe The Misewa Saga better than the publishers do — so here’s what they say: “Narnia meets traditional Indigenous stories of the sky and constellations in an epic middle-grade fantasy series from award-winning author David Robertson.” The first book in the series is called The Barren Grounds. Two children of the First Nations in Canada find themselves torn away from their families and forced into foster care by the government — a sad reality for many indigenous children in North America. Unhappy with their new “home”, the children search for a haven… and instead, find a magic portal into another world. There, they meet an anthropomorphic fisher (big weasel!) named Ochek, who sets out to teach them how to survive in the frozen wasteland that surrounds his village. Soon, accompanied by “a sassy squirrel”, the two humans set off on a dangerous mission to bring summertime back to the barren grounds. More books follow in the series as well, so look for them. 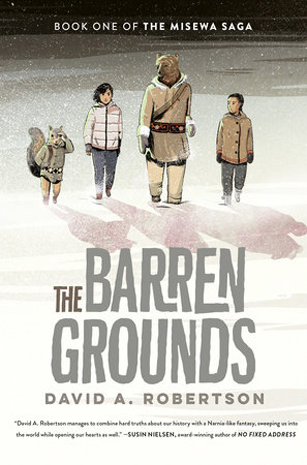