More Equal Than The Others?

Over the years there have been many adaptations of satirist George Orwell’s famous work Animal Farm, both on stage and on screen. Most often, each of them have deviated in some way from the author’s original story, an allegory for the Russian Revolution and the subsequent rise of centralized power under Joseph Stalin. Now we’ve been informed by Animation World Network that Andy Serkis (Lord of the Rings, Rise of the Planet of the Apes, Mowgli: Legend of the Jungle) and his company The Imaginarium have joined up with Aniventure (Riverdance) to create a new CGI version of the story that Mr. Serkis will direct. It’s currently in production at Cinesite. No word on a release date — yet! 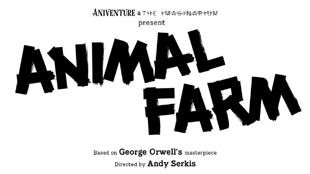