Now we’re getting word on Illumination’s next animated feature project. We got this from Deadline: Migration is billed as a modern-day comedy following a family of ducks who convince their overprotective father to go on the vacation of a lifetime as they attempt to migrate from New England, through New York City, and ultimately down to the Bahamas. Oscar nominee Benjamin Renner (Ernest et Célestine) is directing the pic from an original screenplay by Mike White (School of Rock, The White Lotus).” They migrate this way in December of 2023. 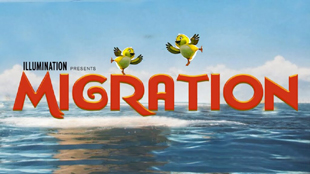