Past The Last Mountain is a new full-color alternate reality series from Comics Experience. It’s written by Paul Allor, with art by Louie Joyce and Gannon Beck. “Half a century ago, the United States rounded up and imprisoned all the fantasy creatures that live amongst us. Now, a faun, a dragon and an adorable troll boy have escaped confinement, and are on the run from the United States Army!” Also featured in each issue are other short stories by the same writer. 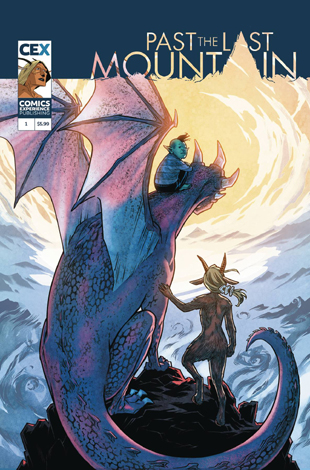