Something NEW Has Been Added!

As you may recall, for a while now we’ve been following news of the upcoming reboot of Warner Brothers’ popular animated TV series Tiny Toon Adventures (originally created by Tom Ruegger and Steven Spielberg, who of course would later give us Animaniacs and Road Rovers). Now we finally have word that the new show, Tiny Toons Looniversity, will be coming to HBO Max and Cartoon Network sometime later this year. According to Warner Brothers, all of the original Tiny Toons characters will be returning for the new show — with one big change among them. Remember Babs and Buster Bunny, friends who would sometimes date, and who were always saying “No relation”? Well now the two of them are presented as twin siblings. That news certainly has the Internet talking! 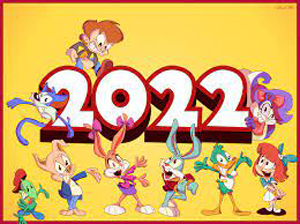