Well, bad on us for having no idea this was even on the table! But here it is, right from Animation World Network: “Emmy Award winner Tim Long (The Simpsons) has been signed to write, executive produce, and showrun Fox’s Bloom County, an animated series based on the acclaimed comic strip of the same name, created and written by Berkeley Breathed, who will also executive produce.” In case you need a reminder: “The comic Bloom County evolved from Breathed’s first published comic strip, The Academia Waltz, which originally appeared in The Daily Texan, the student newspaper at the University of Texas. This work led The Washington Post to recruit Breathed for a nationally syndicated strip; Bloom County debuted in 1980, appearing in more than 1,200 newspapers worldwide until its end in 1989.” No word yet on a release date. 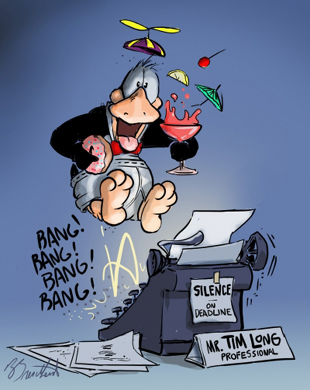