Where The Scaled Things Are

Ireland’s Cartoon Saloon has done a fine job in the past of providing us with many fine and furry animated movies. (Wolfwalkers, anyone?) Now they’re back with a brand new project that’s coming soon to Netflix. And the first trailer just dropped: “Netflix has shared a trailer and key art for its highly anticipated upcoming 2D animated feature, My Father’s Dragon, inspired by Ruth Stiles Gannett’s Newbery-honored children’s book of the same name, and directed by Academy Award-nominated director Nora Twomey (The Breadwinner)… In the film a young boy, Elmer, struggling to cope after a move to the city with his mother, runs away in search of Wild Island and a young dragon who waits to be rescued. Elmer’s adventures introduce him to ferocious beasts, a mysterious island, and the friendship of a lifetime.” Coming to Netflix on November 11. 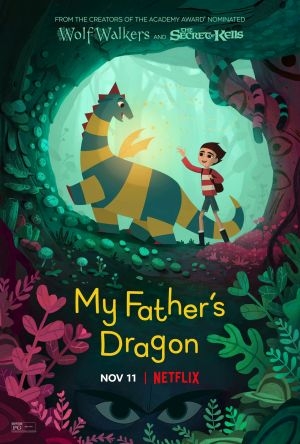