Just in time for holiday wish lists, Disney and Dark Horse Comics bring us the Deluxe Edition of The Art of DuckTales, edited by Ken Plume. “Scrooge McDuck and nephews Huey, Dewey, and Louie are back in the 2017 remake of the classic series from Disney Television Animation, DuckTales! Now, find out about the making of DuckTales and read stories from the developers and cast covering every episode from all three seasons! The deluxe edition of the Art of DuckTales gives you all the content of the standard edition along with a slipcase that houses a gold-gilded version the book, an exclusive DuckTales Guidebook that contains expanded versions of the interviews with the crew and cast, and a finely-crafted replica of Scrooge’s Number One Dime!” Start wishing. 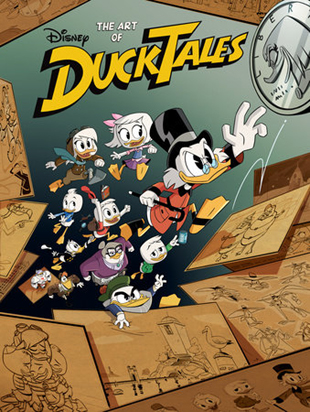