Smile at the Rat

Note from the publisher, Alternative Comics. First, a bio of the creator: “Raoul Vezina (1948-1983) was a brilliant cartoonist who came out of the underground tradition and put his own mark on the indie comics of the early 1980s in a handful of titles.” And what’s he best known for? “Crisply and energetically drawn, snappily written, filled with pop culture references, and always funny; Raoul Vezina’s Smilin’ Ed comics were a breath of fresh air when they first appeared thirty-five years ago. All the original comics are collected here for the first time.” Including sixteen pages in full color, this 160-page trade paperback collection will be on shelves later this month. 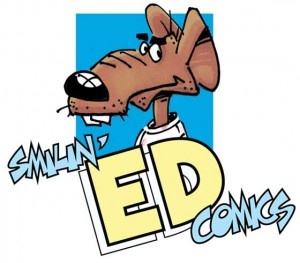