It Always Comes Back to the Cat…

Rachel Dukes is a busy comic book illustrator who works for Boom! Studios on titles like Garfield. But in her “free time” she’s also busy being the best human friend of her own cat named Frankie. She’s spun off Frankie’s adventures around the house into her award-winning on-line comic strip, Frankie Comics. You can see the latest at her web site.  There you’ll also find a link to her publishing company, MixTape Comics, where she sells not only paper collections of Frankie Comics but also posters, buttons, stickers, and other Frankie goodies. 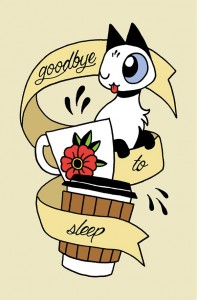