A Palace of Princess Pets. Perfect.

The Walt Disney Company found great success with their Palace Pets app — a down-loadable spin-off of the endlessly-profitable Disney Princess line, this time for younger kids. The idea is that each of the famous Disney Princesses has a cute funny animal pet, and they (the pets that is) often meet up and go on adventures together. Well the success of that app lead Disney to now create Whisker Haven Tales, a series of cartoon shorts airing on Disney Junior. Check out the Disney Wiki article to learn more about it, or take a look on YouTube for one of several official uploads from Disney Junior. 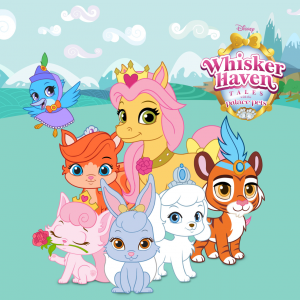