Flying from the TV to the Movie Screen

Disney and Pixar have announced an interesting change to their 2013 movie line-up. This is from Jerry Beck over at Cartoon Brew: “Disney has decided to chase after Dreamworks’ Turbo next summer with its new “Cars-inspired” movie: Planes. Disney has just announced it will release this film theatrically on August 9th, 2013. Originally designed to go direct-to-DVD, Planes will now play in theaters all over the U.S. Jon Cryer is voicing the lead plane, “Dusty”; Klay Hall (Tinker Bell and the Lost Treasure), an aviator himself, is directing.” In the same article Cartoon Brew also re-posted the original trailer for Planes, in case you missed it before. 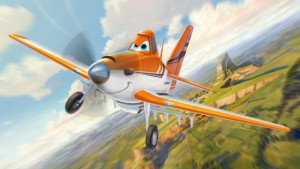