Back to our friends at Cartoon Brew again, swooping in on one of their scoops. Not long ago they reported about an in-development Hong Kong Phooey live action/CGI feature, starring the voice of Eddie Murphy. The film is being developed and directed by Alex Zamm (Beverly Hills Chihuahua 2) and Alcon Entertainment for Warner Brothers.  Now, Mr. Zamm has posted a short test-film of the CGI lead character on line, and Cartoon Brew has the link.  See what YOU think. (In case the footage gets taken down, Cartoon Brew were kind enough to embed it in their article). 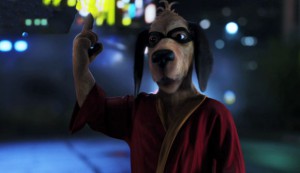