The Ladies and Their Cats

Somehow we missed these! Back in 2011, author Rael Bayellis released not one but two erotic fantasy novels (or as the author calls them, paranormal romances) on line. Both are set in a modern world that also features magick, fey folk, wizards… and shadow cats, winged feline spirits. In Helen and the Shadow Cat, a bored housewife fantasizes about an affair with a shadow cat she passes one day — unaware that he has his eyes on her as well! And in Allison & Tiberius, a young college student from a backwater town observes a shadow cat hovering outside her dorm room window one day — and thus begins her adventures. More books in the Shadow Cat series have followed since then. Remember, these books are decidedly for adults only! The author’s works can be found in electronic form at Amazon, Barnes & Noble, and Smashwords. 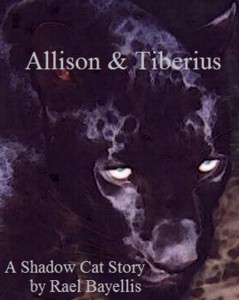