Return to Zootopia — Sooner Than We Thought!

Your con-trotting ed-otter did not get a chance to attend the Disney Comics panel at San Diego Comic Con, but he found out some interesting news from people who did. Drew Taylor of Oh My Disney writes, “Yesterday at San Diego Comic Con, there was a fascinating panel centering on The Dynamic World of Disney Comics. The panel was moderated by Gianfranco Cordara, Publisher for Global Magazines and Comics for Disney Publishing Worldwide and included Daron Nefcy, creator of Star vs. the Forces of Evil, Mike Siglain, creative director, Lucasfilm at Disney Publishing, and Roberto Santillo, Director, Art Development and Academia Disney. Attendees got an inside look at how fan-favorite stories, characters, and films are adapted for modern comic book audiences.” So what’s the big deal? Simply put: It appears that Disney plans on putting out a new comic book series based on Zootopia, which will continue the story from the end of the film as well as introducing new characters and new environments.  When, you ask?? No precise date was given but it was hinted it could be as early as next year. Follow the link over to Oh My Disney to check out the complete article.  We promise: You’ll learn more when we do! 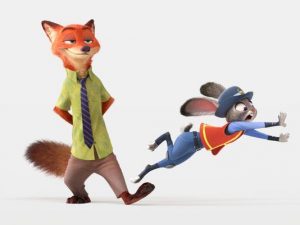