Life Can Be A Circus

With all the endless chatter about what a “furry year at the movies” we’re having in 2016, we’ve somewhat been missing the opportunity to talk about furry-friendly films coming up next year. Now here’s one we just learned about: It’s called Animal Crackers, and no, it does not have anything to do with the Marx Brothers. It’s a new CGI animated film being produced by Blue Dream Studios (whom we have not heard of before, we admit). According to the Wikipedia article, “Animal Crackers follows the Huntington family whose life is turned upside down when they inherit a rundown circus and a mysterious box of Animal Crackers, which magically change the person who eats them into the animal they have eaten — including monkeys, giraffes, lions, elephants, tigers, rhinos and bears. They must save the circus from being taken over by their evil uncle Horatio P. Huntington (Sir Ian McKellen).” Other notable voices include John Krasinski, Emily Blunt, Danny DeVito, Sylvester Stallone, Wallace Shawn, Raven-Symoné, Patrick Warburton, Gilbert Gottfried, Harvey Fierstein, and Tara Strong. The film is being directed by Tony Bancroft (The Lion King, Mulan), Scott Christian Sava (Mighty Morphin’ Power Rangers), and Jaime Maestro. Interestingly, some other well-known names on the production team include Will Finn (famous Disney animator) and Mike Kunkel (creator of Herobear and the Kid). It’s coming to theaters next April. 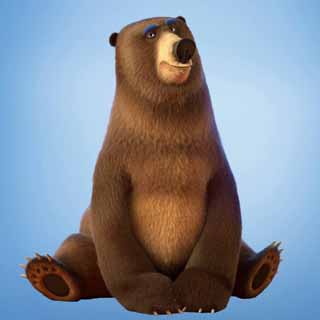 I remember there was an animated concept short for this that had been floating around for well over a year. Sounds like someone's picked it up! Mainly I kept wondering if the cokies stayed fresh and what happens if the box runs out. :P