Recently the International Animated Film Society (ASIFA) announced the nominees for the Annie Awards of 2016, celebrating the best in animation in all media. Perhaps surprising no one, Zootopia topped the list with 11 nominations in 10 categories — including Best Feature Film, Best Writing, Best Directing, Best Editing, Best Production Design, Best Character Design, Best Voice Acting, Best Effects Animation, Best Storyboarding, and two nominations for Best Character Animation. The Annies being widely acknowledged as “the Oscars of Cartoons” means that Zootopia is now considered to be a front-runner for the Best Animated Feature Film at the actual Oscars — if not more categories as well. Interestingly, one thing that was a surprise was that Zootopia’s biggest competition at the Annies is not Pixar favorite Finding Dory (which was nominated in only four categories) but Laika’s most recent stop-motion film, Kubo and the Two Strings — which was also nominated in 10 categories. Other films of Furry interest that received nominations include Kung Fu Panda 3, The Red Turtle, The Secret Life of Pets, The Jungle Book, Sing, and Storks. Over in the TV category the anthro-themed nominees included Bojack Horseman, Peg + Cat, Puffin Rock, Tumble Leaf, Elena of Avalor, and long-running favorites like Teenage Mutant Ninja Turtles, Adventure Time, and Wander of Yonder. Plus many other nominees in many categories, including the avian favorite Piper for Best Short. Read all about it over at the Annie Awards site. The awards will be presented at UCLA on February 4th next year. (And don’t forget — soon it will be time to nominate the Ursa Major Awards too!) 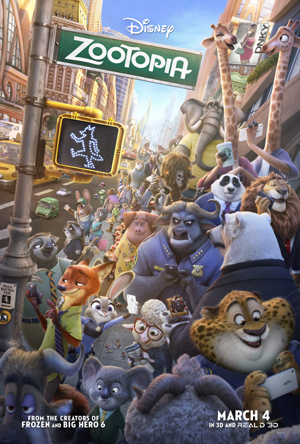 A quibble: ASIFA members regard the Annie Awards to be the Oscars of Animation, not of Cartoons. "Cartoons" implies motionless magazine cartoons, and animation covers much more than animated cartoons. There are Computer-Graphic Imagery, stop-motion, pixellation, etc. -- Fred Patten, ASIFA member

Bad choice of words on my part, Fred. I will fully admit: I said it that way because I was worried I might otherwise be using the word "animate" too often in a single sentence. My bad.