Do Only Cats Have Multiple Lives?

It seems as if we’ve been seeing trailers for A Dog’s Purpose for a long long time now, but it’s finally set to actually hit theaters at the end of this month. It’s a live action film directed by Lasse Hallstrom (The Cider House Rules), based on a novel by W. Bruce Cameron. Josh Gad (Frozen) stars as the interior voice of a domestic dog, initially named Bailey. We say ‘initially’ because after several years living with a beloved human boy, Bailey dies… only to be re-born as another dog with another human companion.  And so on and so on, different lives as different dogs with different humans… until, several lives down the road of eternity, he meets up with Bailey’s original companion. IMDB has more. 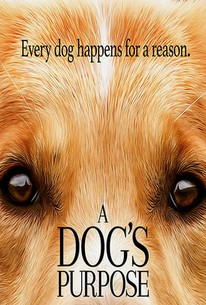 Fluke was also about reincarnation in dogs.