Just returned from Midwest FurFest outside Chicago. GOODNESS what an impressive event! Among many other things there, your ever-lovin’ ed-otter presented a lecture called Furry Movies of 2019 — mostly as a way to remind people about some of the anthropomorphic items (very broadly defined!) which are eligible for the 2020 Ursa Major Awards. At the end of it, some folks in the audience asked if there was a version of the list up on line. Well guess what? Now there is! Furry movies (and movies with interesting anthropomorphic characters in them) this year have included:

And also coming soon: Look for a run-down of anthropomorphic movies to look forward to in 2020! 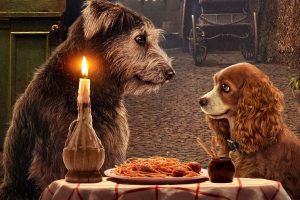 Those are a lot of furry movies... though some of them are kind of, how do I put it- not too great.

Technically speaking, Artic Dogs is probably the most furry movie of the bunch, but it is so bad that I really doubt it'll get nominated for an Ursa Major. Not to mention I'm sure some people will almost explode if the The Lion King remake gets nominated.