The Girl, The Bear, and The Movie Empire

One of the most popular series of animated shorts in the world is Masha and The Bear, created by Animaccord in Russia. Now word has come down from Animation World Network that the company is looking to expand the property even more. “In addition to production of the core show’s new seasons, development is in the works on a feature film, as well as podcasts, tech-driven content, and custom-made content for social media platforms.” Here’s a did-you-know: Masha and The Bear “… holds the Guinness World Record as the most watched animated video on YouTube for the episode ‘Recipe for Disaster’, which has recorded almost 4.5 billion views.” The feature film is scheduled for release in 2025. 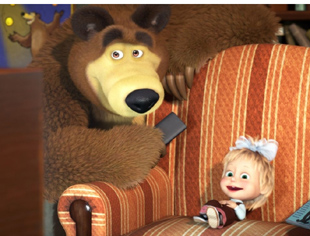