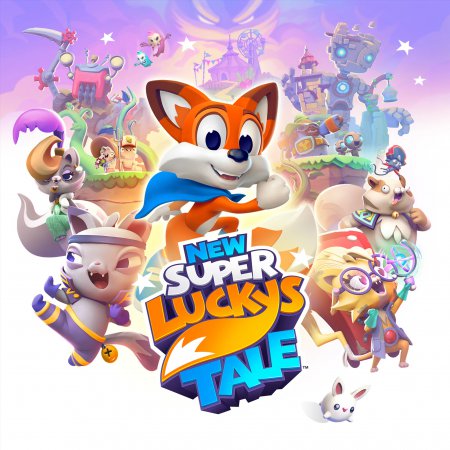 New Lucky’s Tale is through and through a 3D Platformer. It’s odd to play a game that so easily fits into one game genre after playing so many hybrids, but this game is what it is and it does it well. Each level has four challenges to complete: finishing the level, finding the hidden page, collecting the hidden letters L-U-C-K-Y in one run, and collecting 100 paw coins in the level. The coins can be used to buy new clothes for your character as well.

This game has a very light difficulty. If you want to introduce someone to the 3D Platformer genre this would be a good game to do so. By the time I had finished with the game I had gained a life count in the 60s. I don’t remember any games that I was able to acquire a 1-man count that high on the first play through. Extra lives are plentiful, and even the most challenging content that comes post-credits, the difficulty never gets higher than maybe being three quarters the way through a modern Mario game like Odyssey.

But if you’re fine with a relaxing and atmospheric platformer with fun and memorable characters, this one will not disappoint.