The Lamb. No Lion.

More news from Cartoon Brew: The first major-studio release of a faith-based animated feature film. “Academy Award-nominated director Tim Reckart (Head Over Heels) will make his feature directorial debut with faith-based feature The Lamb, Sony Pictures Animation revealed today in a late-Easter Weekend announcement. First announced in September 2014, The Lamb will be a fully CG-animated pic based on the Christian nativity story, telling the ‘inspirational story of a young lamb who will change the world’ with an all-animal cast.” Lest you forget, the last time there was a faith-based anthropomorphic animated film (independently released) it was Jonah: A Veggie Tales Movie. Stay tuned for more information on a release date for The Lamb. 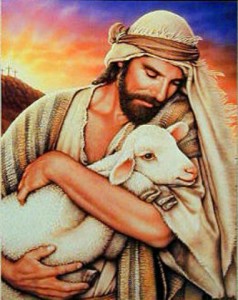