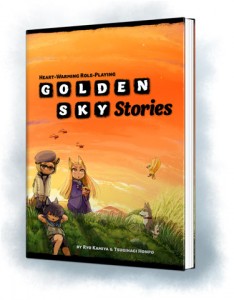 In a news bulletin, Tapestries head-wizard and owner WhiteFire said:

Humans as characters are now allowed on Tapestries MUCK. The purpose for denying such characters in the past has long since stopped being relevant. It was originally used to discourage furry bashing and establish the Furry theme of the Muck.

The Path of Lycanthropes

The FRP game Pathfinder slowly works its way a little more furry with the new Pathfinder Player Companion: Blood of the Moon. “Channel the power of the moon and turn the curse of lycanthropy into a potent blessing. Whether you were born with traces of bestial blood from a lycanthropic ancestor or you were bitten by a werewolf and have transformed into one completely, this volume contains everything you need to embrace the beast within and become a fearsome weapon against your enemies. Become a protector of the natural world as a scion of a werebear, revel in bloodshed with the wolf fighting style created by your ancestors, or find your calling in the witch practices of your werecrocodile forerunners. Even if you do not take directly after these bestial horrors of the night, there is much to learn from associating with them—as either ally or hunter. The choice is yours.” Sounds like several species are involved already! Visit the Paizo.com site to find out more about this new softcover volume, loaded with full-color illustrations. 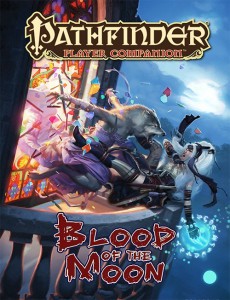 "RATS!", a satirical rat-themed role-playing game, is seeking sponsorship on the crowd-funding site Indiegogo. In the game, players will take on the roles of intelligent rats who are engaged in a holy war against modern humanity, other animals, each other, and "numerous inanimate objects".

RATS! will be based on the third-edition d20 system. Rat characters advance by spending experience points to gain new abilities and mutations, and by growing in size. The rules are being developed by Uri Kurlianchik and Stan Levi. Kurlianchik is a game writer and storyteller from Israel, whose works have been published by Wizards of the Coast, Paizo Publishing, Mongoose, Bull Spec, and Brain Harvest. Levi is an artist, illustrator, and animator. The Furry Basketball Association is accepting character submissions for the 2012 FBA Draft.

The Furry Basketball Association is a fantasy basketball league built and supported by the furry fandom. It has grown through the creative contributions of dozens of furries who have created the league's 24 teams and more than 350 players.

Every year the FBA opens up for new characters, usually arond mid-March. These new characters, after meeting approval by the FBA Commissioner, enter that year's Draft Pool where they will be available to the general managers of the league's 24 teams. During the FBA Draft, a live event that usually happens in September, the general managers choose players one at a time from the Draft Pool, eventually bringing 48 new players into the FBA.

FurryMUCK is updating its DNS name to 'furrymuck.com'. The server itself and the IP addresses (both IPv4 and IPv6) are *not* changing; just the DNS name. Sometime before the end of March the old name (muck.furry.com) will be decommissioned.

Please see the FM_Status LiveJournal or @fm_status for more information. Thank you!