We’ve mentioned before about Battle Bears, the popular mobile-device video game created by Ben Vu of Sky Vu Entertainment. In case you need a refresher from the source: “Battle Bears is a tongue-and-cheek action comedy featuring Oliver Bear and his friends who are charged with saving the world from the Huggables, a possessed horde of enemy pink bears out to hug you to death, unless you fend them off with an arsenal of unusual artillery that includes anything from the Unicorn Horn Crossbow to the BearZooka.” Well now Sky Vu Entertainment have inked a deal with Wildbrain Entertainment to create a Battle Bears TV series as well as an extensive consumer product line. Wildbrain is a division of DHX Media Ltd, which is not only the home of My Little Pony: Friendship is Magic but also “one of the world’s foremost producers of animation and family entertainment”. Read all about it at Cartoon Brew. 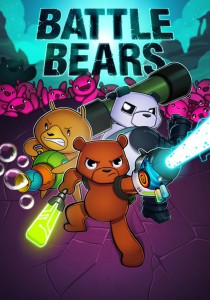