Your humble ed-otter and his mate were honored to once again attend the 2014 Annie Awards, honoring the best in animation from the year 2013.  The event at UCLA’s Royce Hall (on Saturday the 1st of February) was hosted by Patrick Warburton, best known as Kronk from Disney’s The Emperor’s New Groove but also appearing as a voice in the upcoming Peabody and Sherman movie. Though Disney’s Frozen won Best Feature and Best Directing (it was a favorite for both), no film or TV series really seemed to dominate the awards that night. Instead the honors were spread out over a wide swath of projects. Several furry projects — or projects with anthropomorphic characters in them, at least — were honored, which is good when you’re honoring a year like 2013 that, let’s face it, had rather a dearth of heavily furry works — especially compared to 2012. Overall Disney was one of the big winners of the night — no, not Pixar. Disney. Not only did Frozen take home the feature-length honors for Best Picture, Directing, Music, Production Design, and Voice Acting (Josh Gad as Olaf the snowman); but the Disney Mickey Mouse series of shorts won in TV/Broadcast categories for Editing, Character Design, and Music. What’s more, the popular Disney cartoon Get A Horse won the Best Short Subject award. Pixar was represented as well of course, both in feature awards (as Monsters University won for Storyboarding and Editing) and TV/Broadcast (where Toy Story of Terror took home awards for Storyboarding, Character Animation, and Directing). Dreamworks Animation’s biggest winner of the evening was The Croods, which took home feature awards in Character Design, Effects Animation, and Character Animation. In television Tom Kenny received the award for Best Voice Acting for his role as The Ice King in Adventure Time, and the show itself was honored as the Best Production for Children. Some popular furry projects were nominated in several categories but unfortunately the did not win any awards. Among them were the TV series Kung Fu Panda: Legends of Awesomeness and Dragons: Riders of Berk, as well as the French feature film Ernest & Celestine. The Annie Awards are administered by ASIFA-Hollywood, the Southern California branch of the International Animated Film Society (ASIFA). You can visit the Annie Awards web site to see pictures and videos from the event as well as a full list of all the winners for 2013. 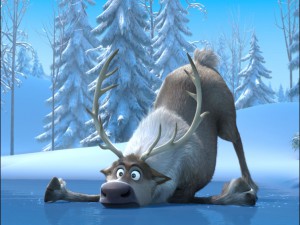