Surely, readers don't need the rules for a simple year end top ten list explained to them, but in case someone does, you can find them in one of the older lists.

Anyway choice for worst movie of the year is Spark: A Space Tail, by the way. I'll also point out, since this is, after all, a furry site, the best furry movies of the year, in my opinion, were Guardians of the Galaxy Vol. II with War for the Planet of the Apes as runner-up. Hopefully that will tilt the Ursa Majors (ha ha, fat chance). I actually have a pick for my favorite award, Cutest Vixen, with Spark with a redemption pick for Vix, though only because Darma from Rock Dog is technically a 2016 entrant, according to my reckoning. Rock Dog is also my 2016 Honourable Mention (and, fun fact, I actually originally watched it in a double feature with this year's number one spot), with Isle of Dogs as 2018's Most Anticipated Movie.

Without further ado, let the bodies hit the floor. 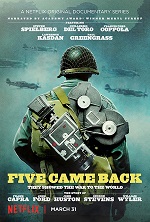 I'm jumping into the "is it TV, or is it a movie?" debate feet first here, which began when O.J.: Made in America won Best Documentary at the Oscars despite being pretty obviously made to show on television, and that's not even adding in that this is a Netflix documentary, so it's not exactly traditional cinema or television. Academy rules were changed, but Five Came Back was apparently deemed eligible in all Oscar categories anyway, and that's good enough for me.

It's an adaptation of Mark Harris' book (which is also a must read for film buffs), that tells the story of five leading Hollywood directors that paused their careers to make films for the armed forces of America during World War II. All five "came back", but this isn't to say they weren't changed. It's a documentary about the act of documenting, and how that has effected not only the five directors, but film itself. 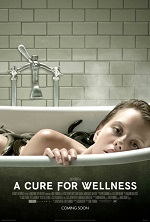 9. A Cure for Wellness

I think where the few people, like myself, who like this movie and think it is an underrated gem differ from the vast majority of critics is that it is a perfect example of a genre that you don't see anymore. By that, I don't mean it's like a Western or movie musical, which went out of fashion in the cinemas a few decades ago, but something much deeper, well beneath the surface. Something older. Something a bit scarier.

This movie is a Gothic romance, a genre that pre-dates cinema, brought up to the twenty-first century. It is almost an experiment to see if this thing can still be done, complete with ancient castles, family secrets and buried pasts, and full of horrifying revelations. Of course, the Gothic isn't dead, it just changes its face every once in a while. In fact, there's another movie on this list that shares the same beats, but with a much more modern face. 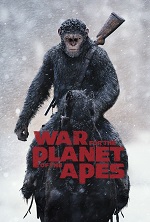 8. War for the Planet of the Apes

It took me a while to warm up to this franchise, but third times the charm. The story of Caesar, the first intelligent ape in this new world ... no, planet of apes, is brought to a satisfying conclusion, but the movie works quite well on its own terms as well.

Despite the fact the movie is about anthropomorphic apes, it is most concerned with what it means to be human. The villain makes an obvious mistake, and sees the ability to speak as the thing that separates man from beast. His mistake is conflating speaking with communicating; Caesar and his apes are quite capable of getting complicated ideas across without words, just like this near dialogue free movie. Sure, the bad guy can talk, but when he does, you wish he'd stop. Silence can be golden. 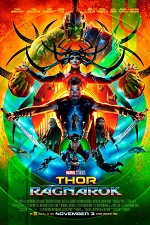 If imitation is the sincerest form of flattery, Guardians of the Galaxy should feel very flattered, because this is definitely the most Guardians-esque movie in the Marvel Cinematic Universe that doesn't feature the Guardians. Which is not to say this is a rip-off, by any means; the tone of sci-fi goofiness is the same, but it's also still it's own thing.

And in one key area, it surpasses GotG; sure, the Guardian soundtracks were great, but Thor only needs one song. Remember, kids, sometimes you just gotta get the Led out. 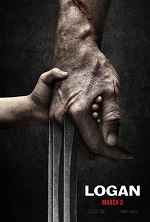 Hope you like comic book superhero movies, because we're in a streak here, and we may be in a golden age of the genre, or maybe they've just beaten me down with their persistence. You just can't seem to kill them, no matter what you do to them. It's like they have some mutant healing factor, or something.

Yep, that's my segue from general superhero genre pontificating to actually talking about the title character of this film. Hugh Jackman makes this movie; he's played this character in a whole bunch of movies for over a decade and a half. Hey, some of those movies were really awful, too, but that just makes the final exit for the character that much more meaningful. 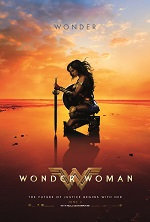 Let's be real, this is basically a Marvel movie. I mean, okay, it's a DC movie, but the tone is much more Marvel than ... whatever is going on in the DC movies. There's actually a sense of humor in the movie, and watching it doesn't leave me feeling like a crushing weight of depression has somehow been hoisted on top of me.

But, just saying it is a Marvel movie doesn't mean that's all to it, either. It does bring to the table the fact that both the titular character and the director are women, and that does bring a sense of urgency that is sometimes lacking in other superhero movies. This movie has something to prove, which means it goes out of its way to be better than what's around it. 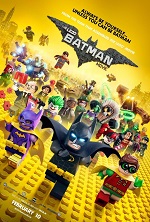 So the best Batman movis in the now nearly a decade since that one movie a certain type of comic book movie fan still hasn't gotten over (hey, I liked it too, but it's been a decade, guys) is a straight up animated parody that also is pretty unashamedly a straight up toy commercial. Oh, how the mighty have fallen.

This is a funny movie, and does it really need to be anything else? Comedy doesn't always get the critical respect it deserves, but why not? It's not easy to be funny. This kind of thing is a lot harder to pull off than it looks, and I respect that. 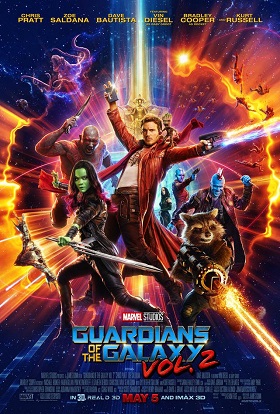 "He says, 'Welcome to the frickin' Guardians of the Galaxy.' Only he didn't use frickin'."
Directed by James Gunn
Release date - 5/5/2017
Full review

Also, they got Kurt Russell to play a surprisingly comic book accurate version of Ego the Living Planet, which ended up being the best MCU villain almost by default. So, that's something that happened. 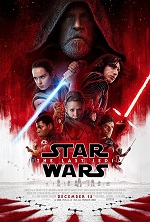 So, there may have been a bit of a backlash against this movie, and while the movie does have a structure that does it no favors (the a-plot is so simple it makes Mad Max: Fury Road look complicated, while the b-plots all climax a bit prematurely), but you have to wonder why a movie that so completely embraces "failure" as it's theme would cause such anger among certain types of "fans", or, for that matter, why a character's third act decision to non-violently confront an enemy would get such a violent reaction.

But this "visual spectacle" movie is actually visually spectacular (I know, right?), the thematic elements are surprisingly spiky for a Star Wars sequel, and this is the first Star Wars movie that uses animals for something other than background elements or monsters to be fought. For all of the talk of fairy tales and folklore and whatnot, this movie actually works like one; you help free the space racehorses from slavery, the crystal foxes help you escape the bad guys when you're trapped. This might be my favorite Star Wars movie, ever. 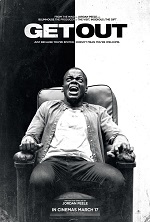 I was wondering when I'd get around to giving a comedy my top spot. I am a bit surprised that my top spot went to a documentary, though. Of course, the truth is it's not a drama, and the Golden Globes don't have a category for what it is; it's a horror movie.

And, okay, if we want to go into the sub-genre, it's a horror comedy, and I really was wondering when I was going to give my top spot to a horror movie in general and a horror comedy in particular, because those are pretty much my favorite type of movie (excepting talking animal cartoons, of course). It is a very funny movie, and a very scary movie. Because, yeah, what are we laughing at?

This is a much better list than yours from last year :P

Of course, you have six, so ... Still need to see A Ghost Story, though.

There are so many superhero movies on both our lists because that's all anyone is making anymore.

A Ghost Story is another movie that says a lot with almost no dialogue. It's been rooted at the back of my mind since I saw it.

I'll also join the chorus for A Ghost Story, as it made my fave list this year as well. I love how it plays with time in depicting events occurring in the story.

The only thing missing is My Little Pony (which came out on DVD and Blu-Ray yesterday. my copy comes either today or tomorrow SO EXCITED)

Yeah ... you probably shouldn't search through the archives for my review ...

I've read it. and it was a fair review. I had no problem with it at all.

I have not seen Five Came Back, A Cure For Wellness, The Lego Batman Movie or Logan. Every thing else on your top 10 I have also seen and agree that they're great choices (some would be honorable mentions for me).

I’m just going to toss out my 10 favorites of 2017 without ranking, followed by random awards :)
A Monster Calls (very late 2016, I think released wide in 2017)
Get Out
Coco
your name
Star Wars: The Last Jedi
A Ghost Story
Atomic Blonde
The Shape of Water
Spider-Man: Homecoming (favorite Superhero movie of 2017)
War for the Planet of the Apes (Furry movie of the year!)

Favorite visual fx:
Valerian and the City of a Thousand Planets

Did anyone see mother!? Probably one of the most divisive films to be released by a major studio. I kinda dug it myself as the story played out like a crazed Twilight Zone episode.

I strongly disagree with your OPINIONS, but cannot offer my own because I have not seen 10 new movies last year.

I CAN, however, post this lovely Dishonoured Wolf material:
https://www.youtube.com/watch?v=v21nQjkaoeA
(don't fully agree with him either)

If you liked Get Out then you'll love Goodbye Uncle Tom.