We haven’t heard of Flying Bark Productions before, but according to Animation World Network it sounds like we should start paying attention to them! The studio is hard at work on a CGI feature film called 100% Wolf, which they plan to follow with a TV series of the same name immediately after.  The plot? “Lovers of surreal, laugh-out-loud animation should enjoy this comedy series about Freddy Lupin, an 11-year-old boy set to turn into a werewolf, just like everyone else in his family. But things don’t go as planned when Freddy turns into an adorable poodle instead.” Got that? Interesting thing is the feature and series are based on a popular Australian children’s novel by Jayne Lyons. No word yet on distribution, but the film and series are scheduled to be complete in 2019. 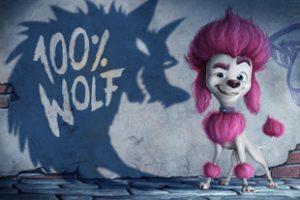