This year Dreamworks is celebrating 20 years of animation on TV and the big screen. Among the signs of the celebration is The Art of Dreamworks Animation, a new hardcover book edited by Ramin Zahed. It’s available later this month from Abrams Publishing. “Brimming with concept art, preproduction designs, and character sketches, DreamWorks Animation marks the studio’s 20th anniversary and offers unprecedented behind-the-scenes access into its archives. An introduction by DreamWorks cofounder Jeffrey Katzenberg provides insider perspective on the studio’s most popular films, as does running commentary from artists and directors on all of DreamWorks’ 30 films to date.”  By which they mean films like Kung Fu Panda, Madagascar, and How to Train Your Dragon. Order it now at Amazon. 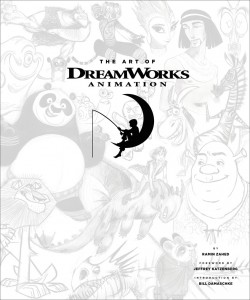