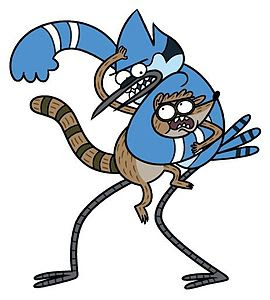 Alright, kiddos... it's math-time! What do you get when you take Astral Media and Corus Entertainment, and add Time Warner? The answer is Cartoon Network Canada!

While a concrete launch date has not been announced, Astral Media says the network will air sometime in the "Summer of 2012", while Corus Entertainment has hinted that it will launch on October 1, the 20th anniversary of the original American Cartoon Network channel.

Following closely on the heels of Cartoon Network Canada, Corus also announced last October that they are licensing another popular American property from the Walt Disney Company, called ABC Spark. Basically "ABC Canada", ABC Spark will air much of The Disney Channel's (and ABC Family's) material that Family cannot fit into its schedule.

However, since Corus Entertainment and the Walt Disney Company just couldn't wait to share ABC Spark with viewers, they decided to air previews of some of their shows in special program blocks in advance of the network's launch, coming March 16. From January 16, some of ABC Spark's shows began airing on sister networks YTV, W Network, and CMT Canada.

This all comes after Corus Entertainment licensed the name and television shows from Viacom's MTV Networks International, to launch "Nickelodeon Canada" (originally to be called "YTV One World", and replaced Discovery Kids Canada) on November 2, 2009. Nickelodeon Canada is closer to the United States' Nicktoons TV, airing much of Nickelodeon's older network-made shows, such as Angry Beavers, while YTV airs Nickelodeon's current programming.

In case you find it confusing, I've made a little chart to help you out: