Now, on to more Furry Stuff. Here’s a brand new book coming out for folks who are really, really into the game Angry Birds. “In 2009 little-known Finnish video game company Rovio Entertainment wowed the world when it unleashed an unlikely gaming phenomenon: Angry Birds. Ingeniously simple and highly addictive, the game’s initial success led to a number of bestselling sequels and in 2012 the franchise reached a staggering landmark with its one billionth Angry Birds download. For the first time, this stunning coffee table book goes behind the scenes of Rovio’s success to deliver in-depth insight into the remarkable artistry that goes into creating each Angry Birds game. Featuring exclusive conceptual artwork and revealing interviews with the game’s creators, Angry Birds: Hatching a Universe is a must read for fans.” Couldn’t have said it better ourselves. This hardcover book is edited by Danny Graydon, and according to Amazon it’s coming from Insight Editions this June. 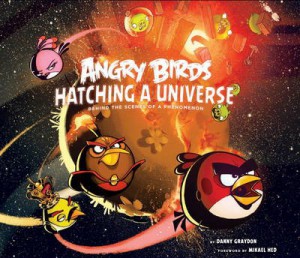